Earlier this week, maverick director Karthik Subbaraj had tweeted wishing the star of his film – ‘Mercury’, Prabhu Deva on his birthday – “Wish you a very happy birthday @PDdancing Sir… Thanks for starring in #Mercury & giving an excellent performance… So excited to show it to audience from April 13th…” confusing many on his decision to release his film.

The ‘Pizza’ director took to Twitter today to clarify the same, He tweeted a short note accompanied by the message,“Trailer release of #MERCURY postponed..”

The note read, ” With utmost respect to the protests and the bandh, we r postponing the trailer release of #Mercury that was supposed to happen today. However this film being a silent film and having a huge release globally on 13th April.. And cinema being bread winning profession for hundreds of our team members who has put in their sweat n blood into this film, we r in a situation to move on towards the release of the film.Hence the trailer will be released in a day or two.Looking for all Ur support as always..” 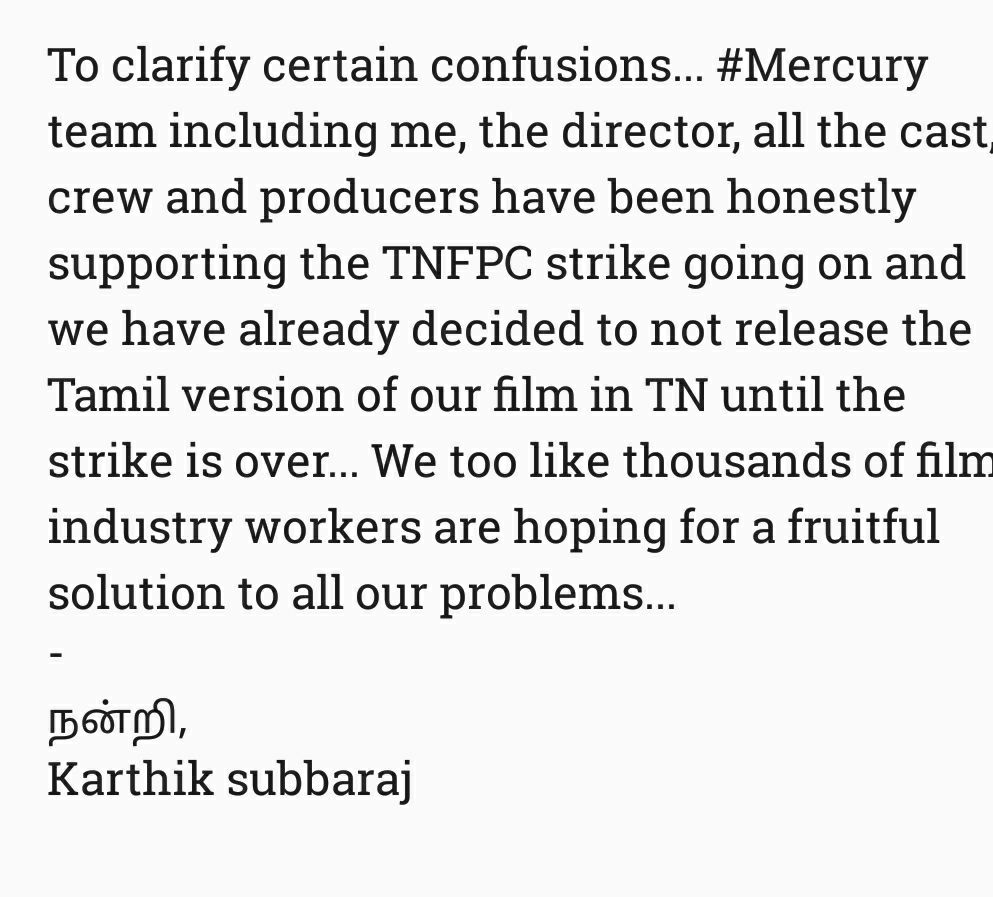 Prabhudeva Speaks Out Against Piracy: Say No To Piracy

‘Mercury’ Teaser To Be Released Today!

Is Prabhu Deva’s Next An Ajith Starrer?

Karthik Subbaraj-Prabhudeva’s Mercury Will Be Bilingual?